How long can I stay in France after Brexit

Advance Moves December 1, 2020 All Posts Comments Off on How long can I stay in France after Brexit 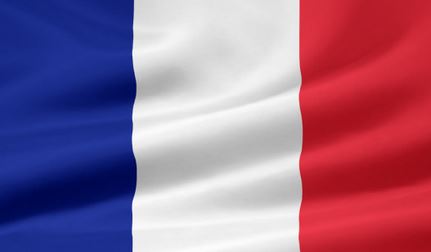 So how long can you stay in France after Brexit? With the end of the Brexit transition period in sight many people are now asking that question.  If you have become a resident of France  then you can stay as long as you like. But what if you are planning on moving to France in 2021 after Brexit or if you own a holiday home in France, or even if you would just like to be able to spend long periods of time in France touring. Well the team at Advance Moves International removals has been looking into it for you and we have some answers………………

How long can i stay in France after Brexit?

This is what we know so far……………. But with Brexit negotiations ongoing, things could change in the coming days or weeks, so keep an eye on the advance moves blog for updates.

Advance moves has an  information page on moving to France after Brexit to help with all aspects of Moving to and Living in France. Check it out for all the info you need to move to France.

Basically Non-French residents and  UK nationals should still be able to enter France visa-free when  automatic freedom of movement ends after the Brexit transition period on the 30th December 2020 … but only for short stays of up to 90 days in any period of 180 days..

The UK, will be added  to the list of visa-exempt countries by the EU,  as long as the UK reciprocates the same agreement.  This means that  unless there is an alternative UK/France agreement, UK citizens will be limited to visiting France for up to 90 days within any 180-day period without needing a visa.

The 180-day clock would start when you first enter France  or any other  Schengen state  as of  2021 as a non-EU citizen, with each subsequent departure and entry recorded and counted at border controls. Once you have been away from France or Europe for a full 90 days  you will be allowed a new stay of up to 90 days, once you have used up your allowance you will not be permitted to enter another Schengen country without a visa. so basically its 90 days in europe, 90 days back in the UK before 90 days is allowed back in Europe.

So basically you can stay for 3 months (90 days) in any 6 month (180 days) period as a general rule. For longer stays you will need to have a visa. 90 days/3 months should be enough for most people holidaying or touring France or Europe.

Just how well policed this counting of days will be, is unknown but expect it to be adhered to.

Those who remain UK residents  but own a French holiday home will therefore need to take extra care when planning a trip to France  or anywhere in the E.U.  to avoid illegally overstaying  and  potentially being denied re-entry.

You may be required to answer questions at the border about the duration and purpose of your visit. It could be that if you do overstay then penalties may occur or future entry to France and Europe is denied or restricted.

For stays over 90 days or the right to work in France as a non-EU national, you would need to apply in advance, under as yet unknown conditions and rules.